Agrilia is a very old village at the center of the Thirasia island, quite near to the villages of Potamos and the capital Manolas.
It was the largest village in Thirasia util 1928. It is built in a dale (langadi in Greek), and has a multitude of cave houses, many of them virtually invisible, and Canavas (traditional wine cellars). It was abandoned after the 1956 eartquake, and today the permanent population is two people.
The picturesque Panagia toy Langadiou (Holy Virgin of the Dale) was built at 1887, and it is built and decorated like no other church in Greece. 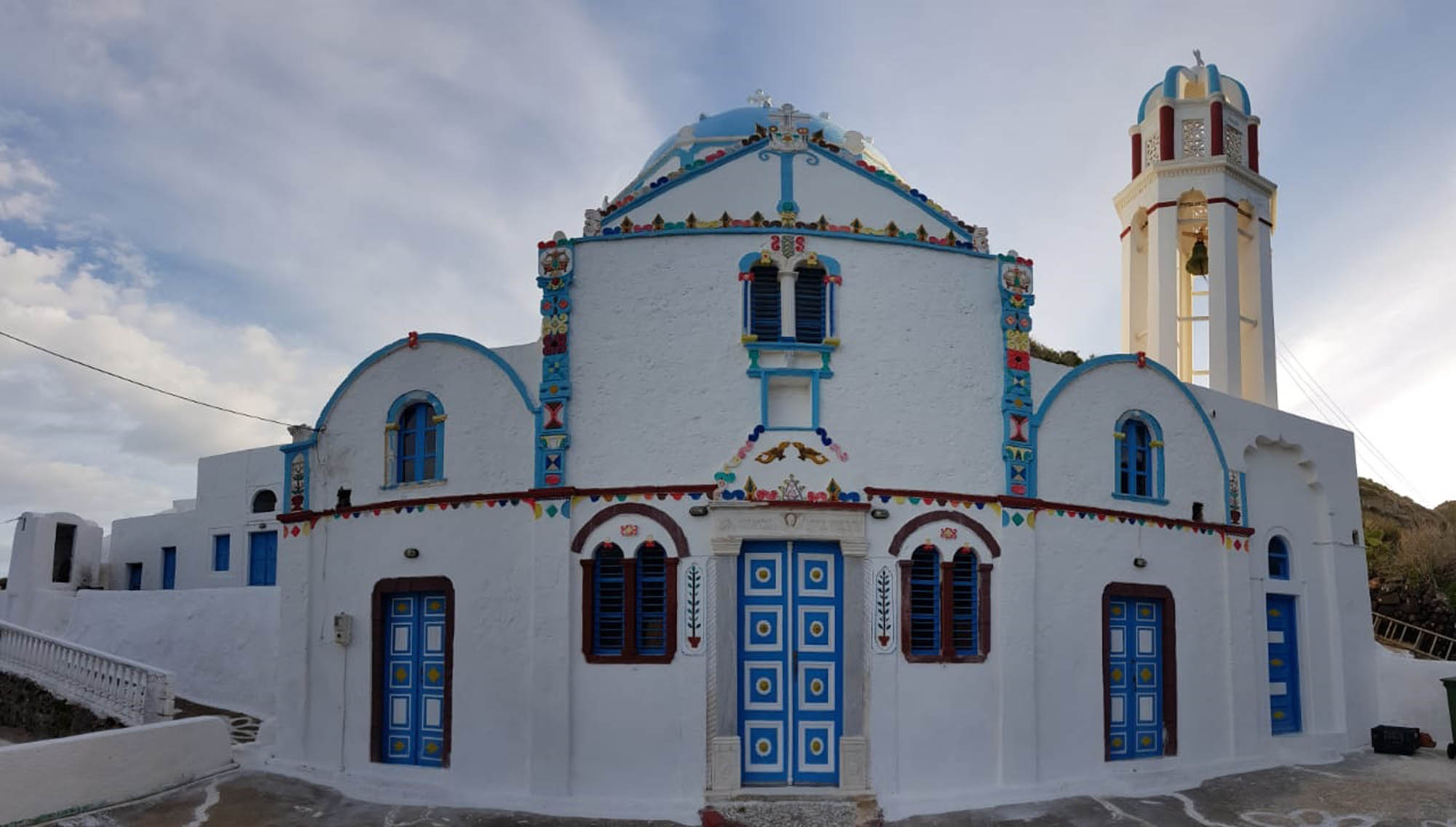 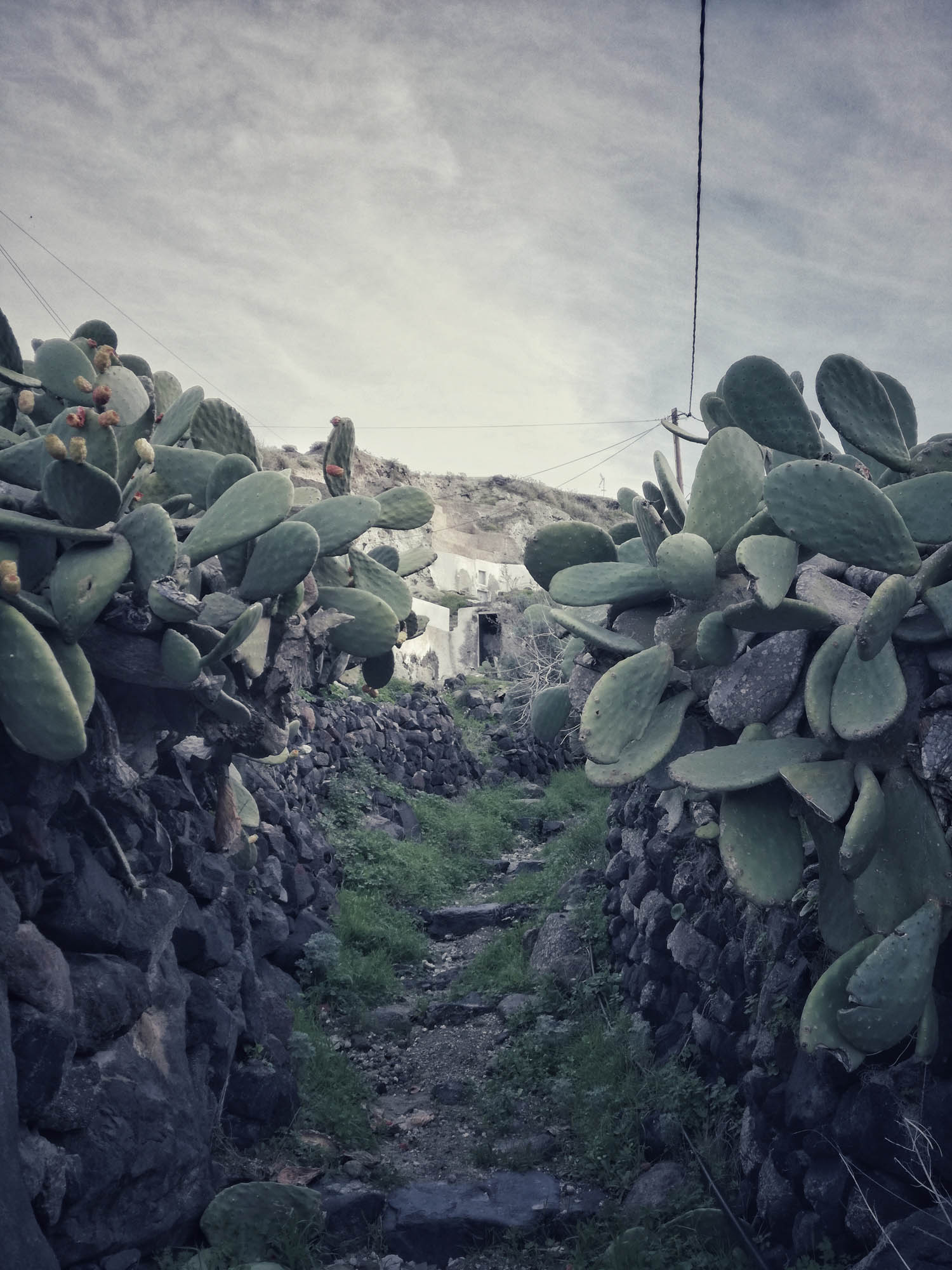 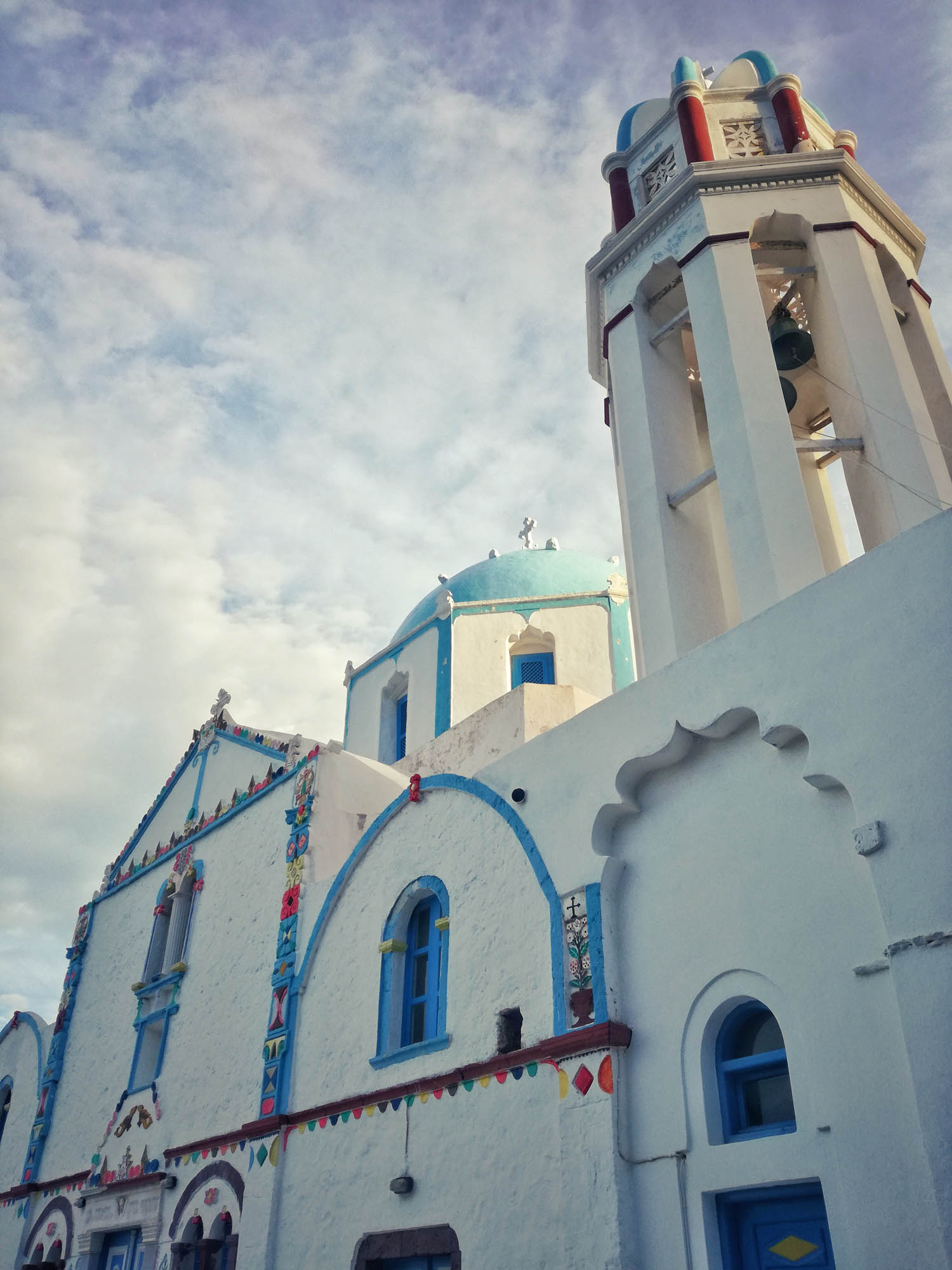 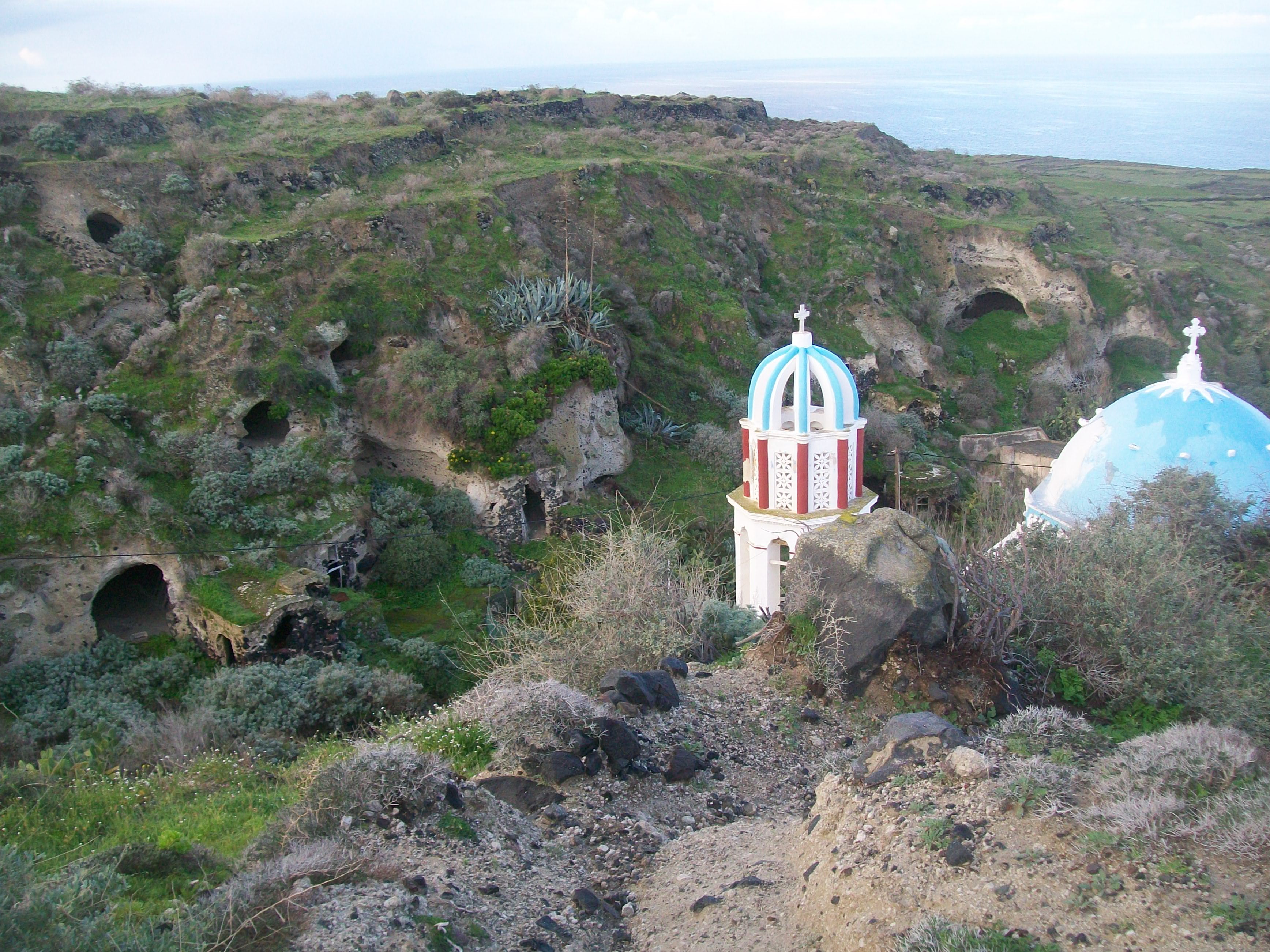 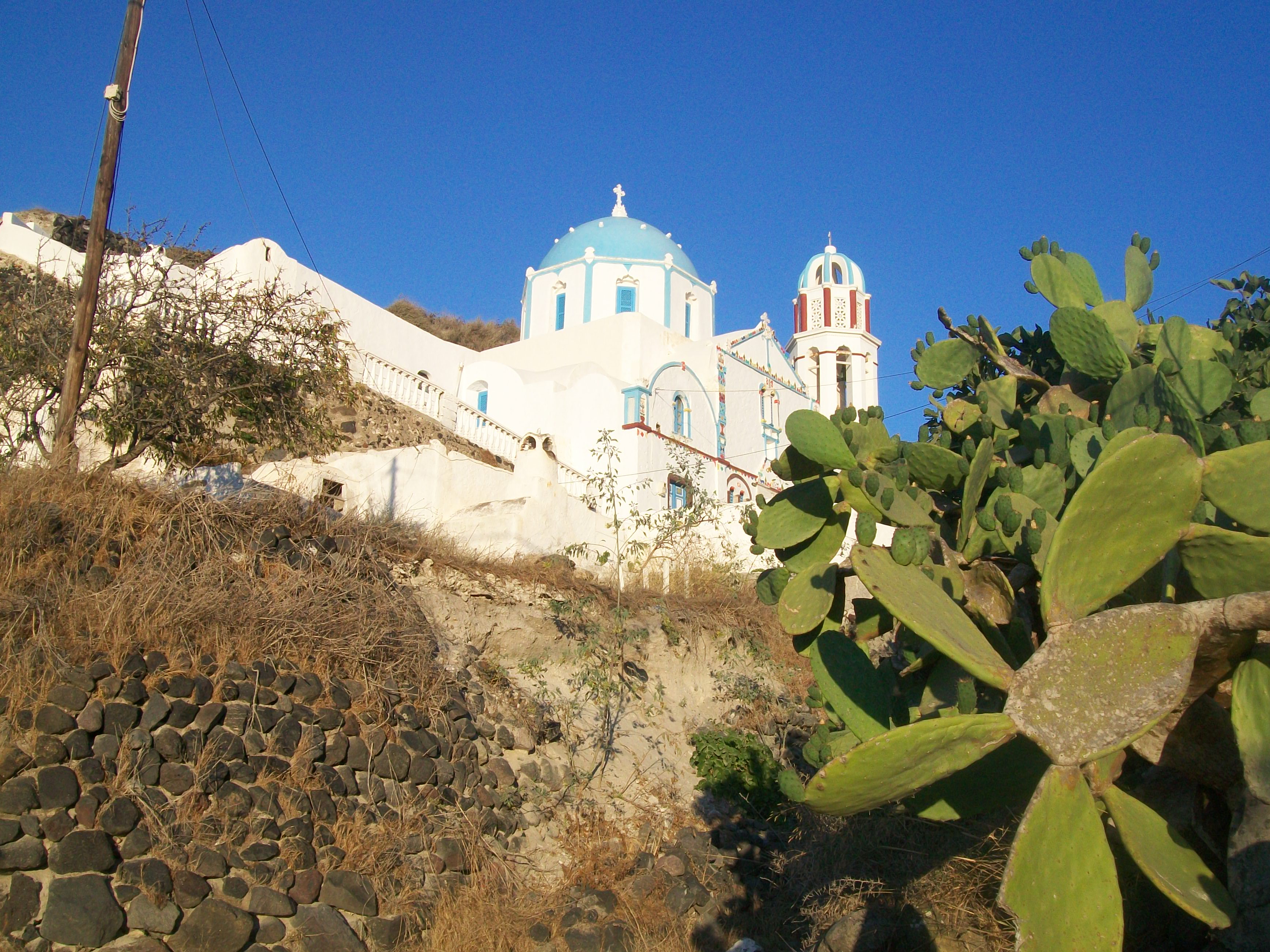 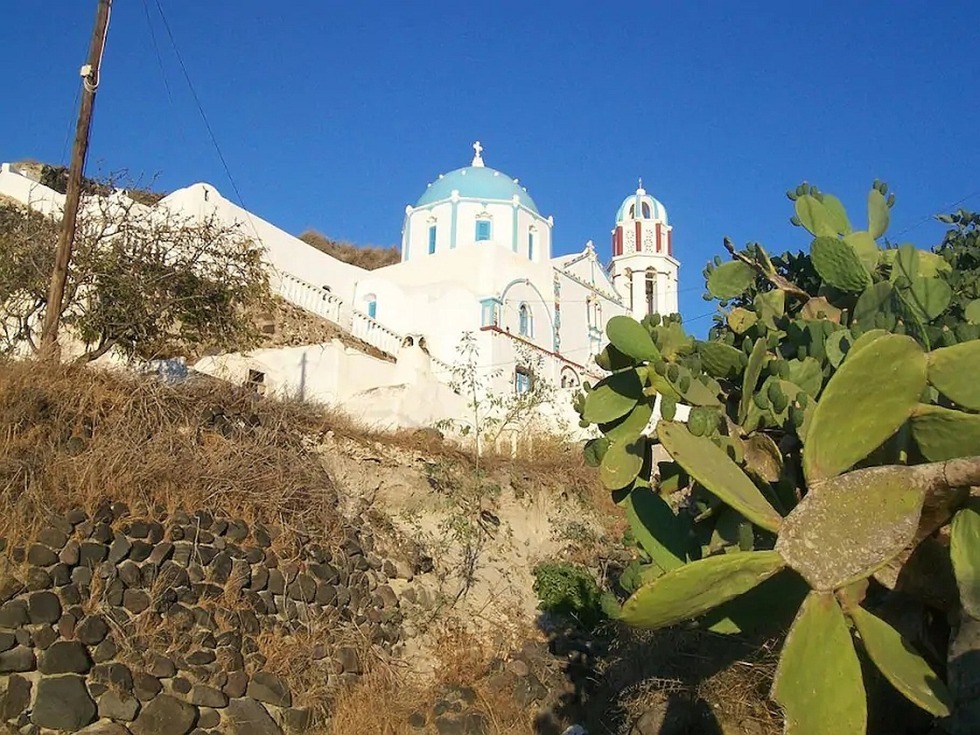 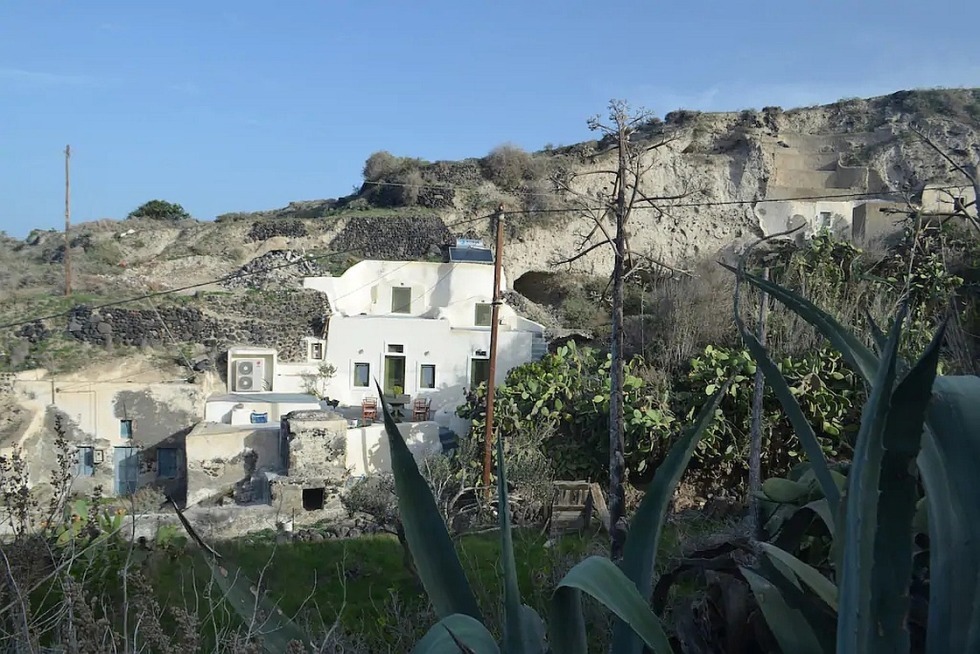 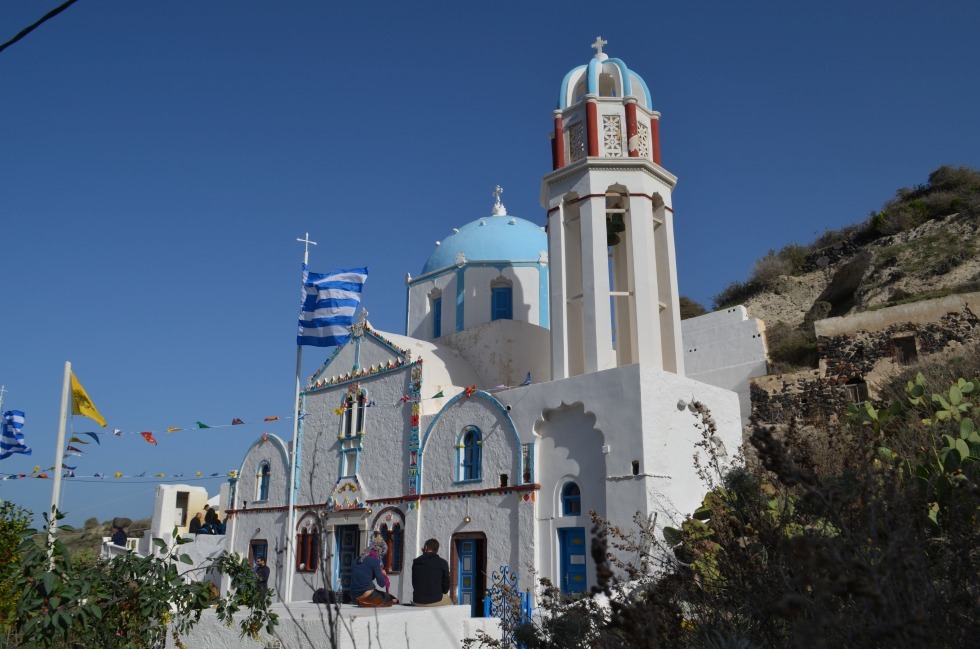 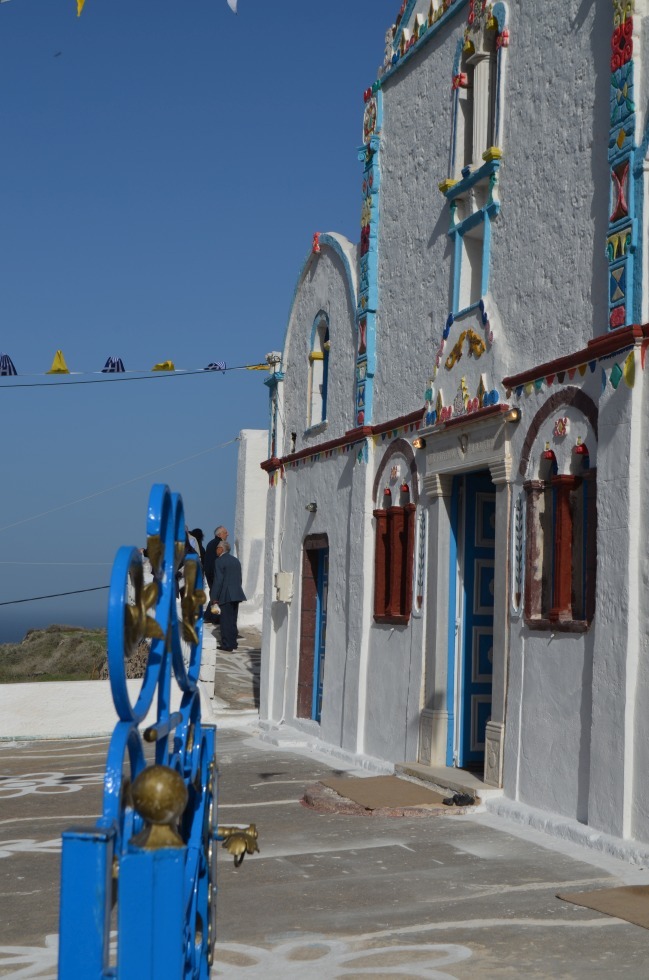 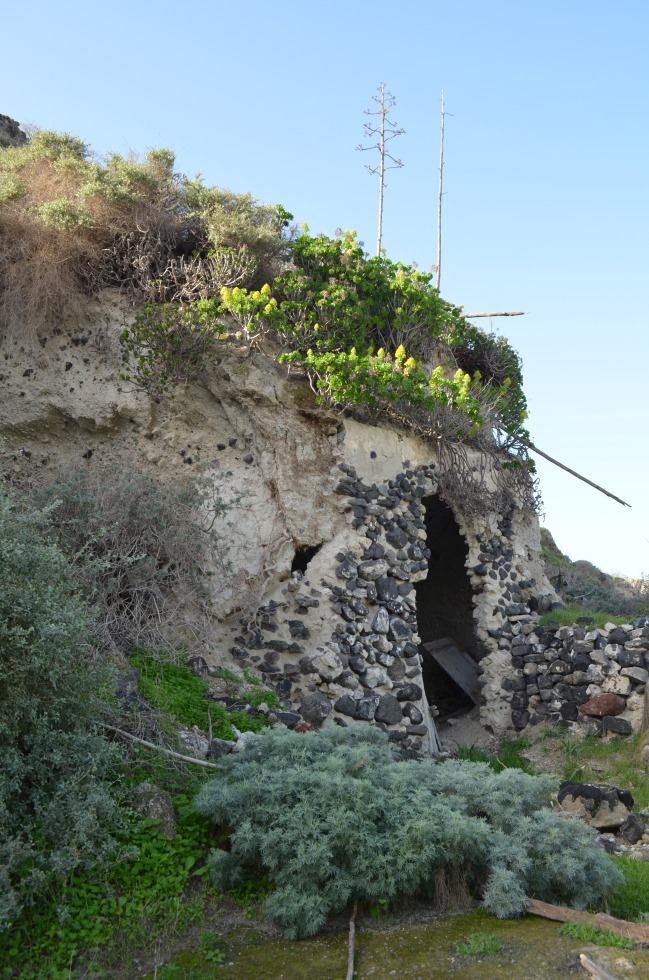 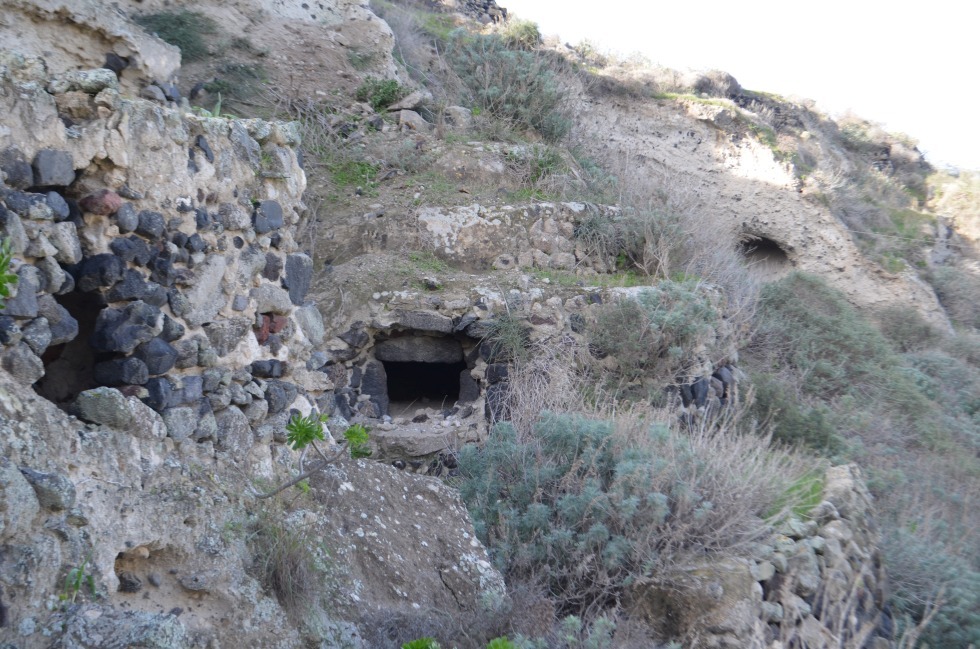 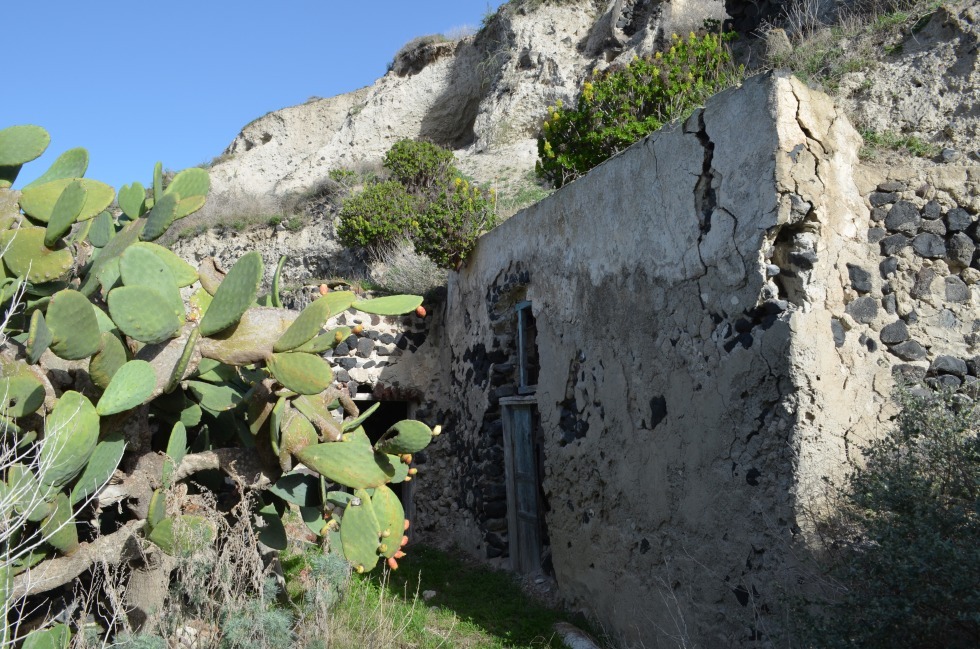 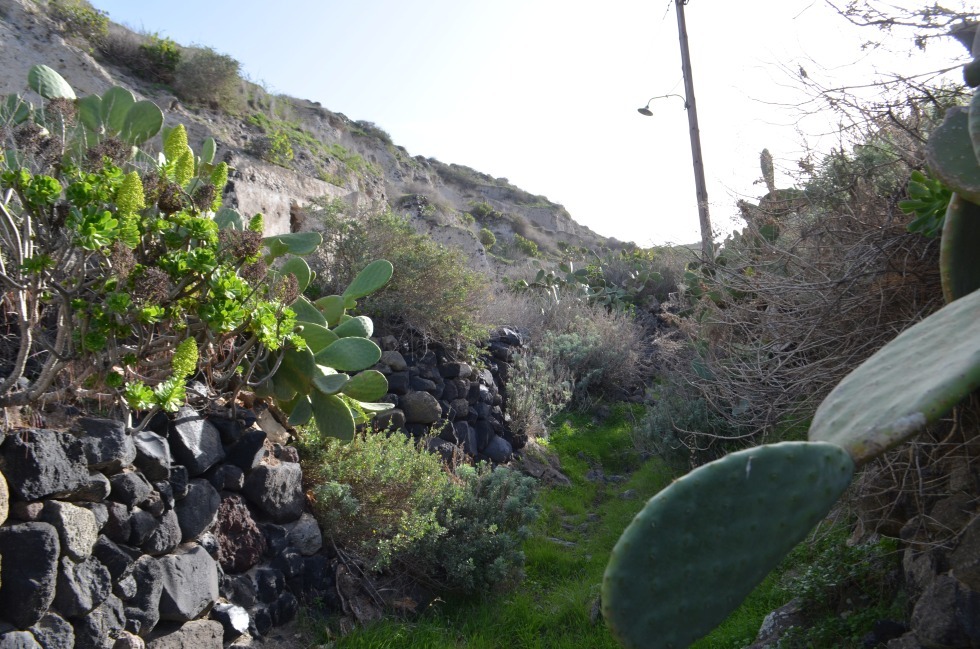 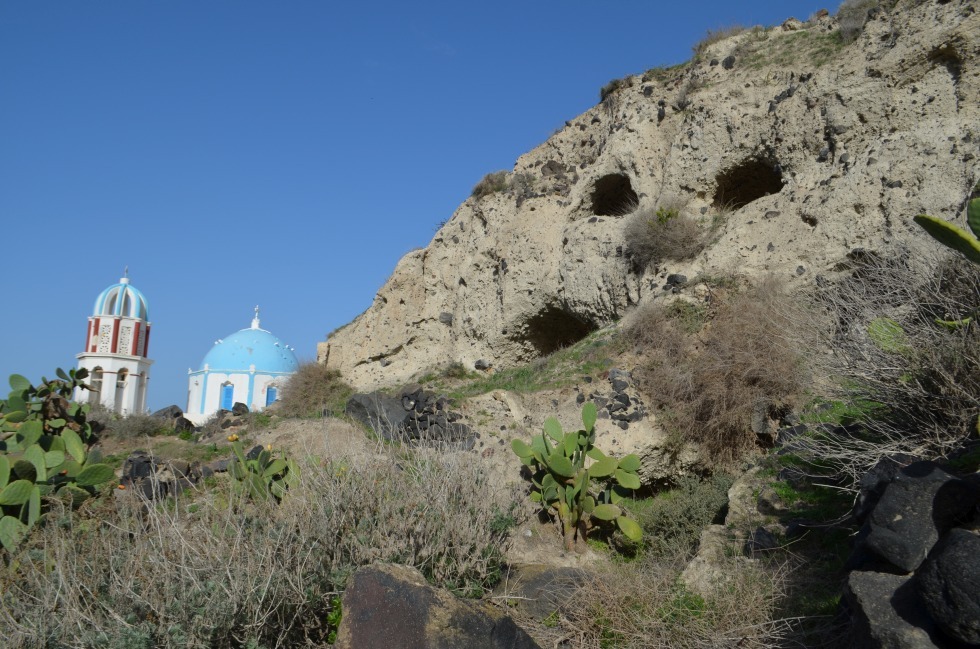 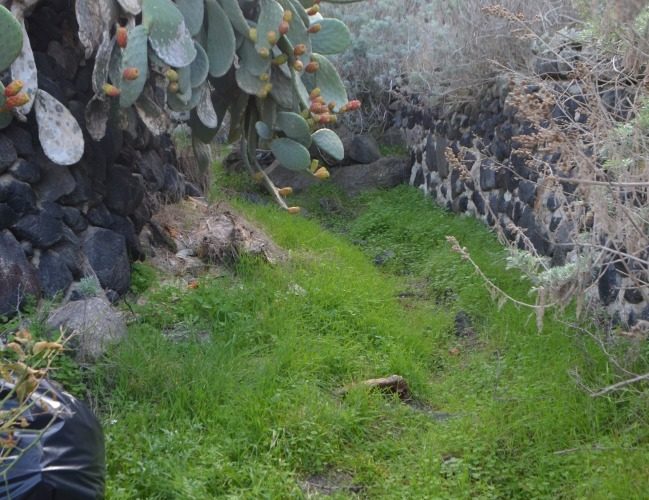